Andrew Menkes ’68 has been a physician in San Francisco for the past 40 years, but his connection to UTS has remained strong across the decades and the cross-continental distance. “UTS offered me a wonderful education,” he says. “The emphasis was not only on academic excellence but on extracurricular activities and the need to be well rounded.”

“I can think of no other school at that time with that emphasis and with so many opportunities to excel and learn.”

His fond memories of UTS were, in part, the inspiration behind Andrew’s active support of the school in the form of a significant donation to the Building the Future campaign. His gift is also a powerful tribute to his brother, Theodore Menkes ’71, who tragically passed away at 21.

“My family and I felt that a donation in his name would be a wonderful way to have Ted remembered for years to come.” 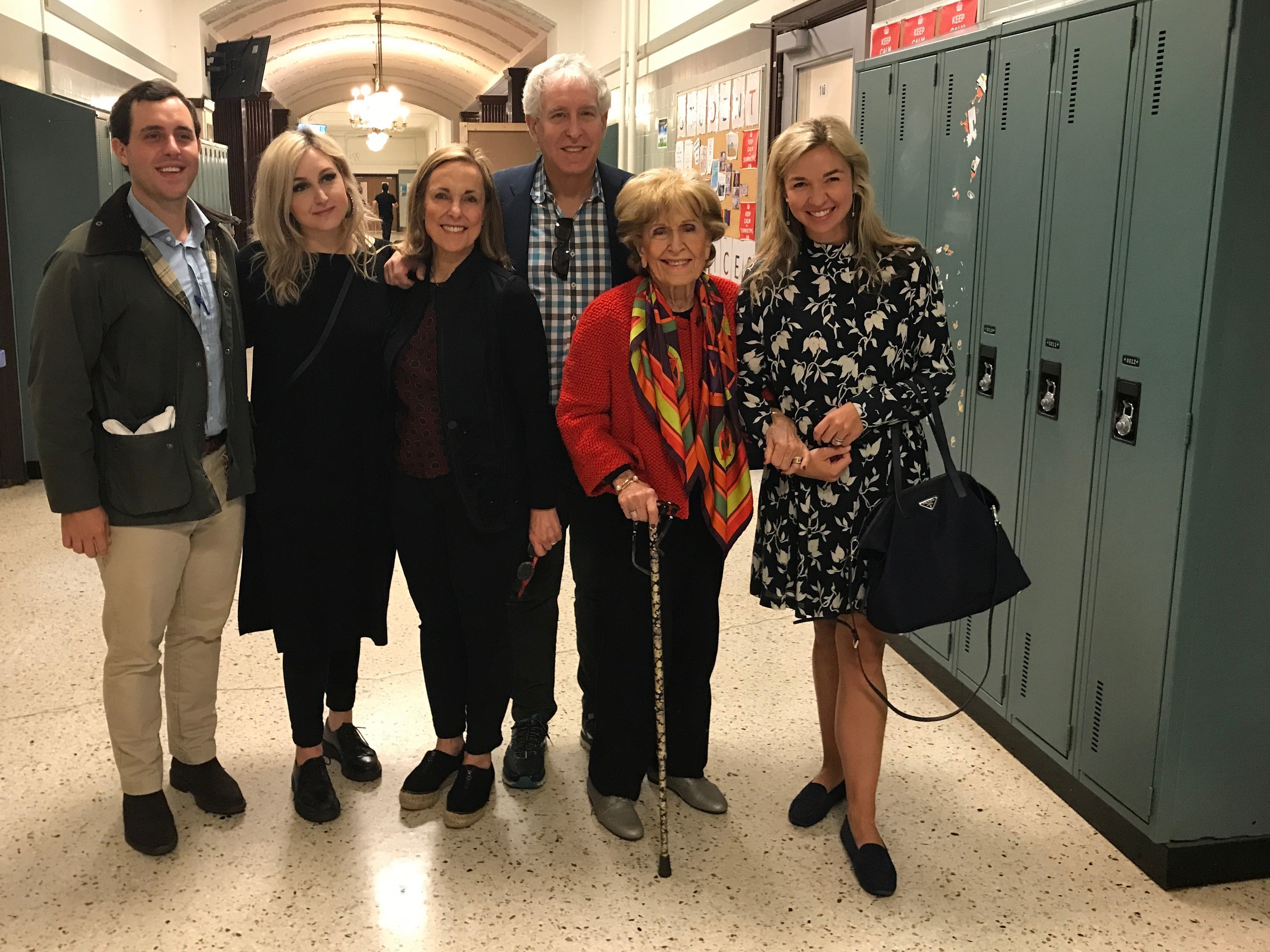 Andrew Menkes (centre) with his family – including his mother
Dorothy Garfinkel (second from right) – during a visit to UTS.

Support for Building the Future also continues to come from other far-flung locales. For example, Dena McCallum ’82 is a Regional Volunteer for the campaign in London, U.K. and has made a substantial gift in memory of her brother, Shaun Gollish ’77, while Mayo Takeuchi ’92 has made her gift from Austria.

“UTS gave me a solid foundation in STEM subjects, which in turn allowed me to study cognitive science at MIT and build a 20-plus year career in information technology, most of which has been spent at IBM,” Mayo says of her reasons for contributing to the school’s future.

UTS has sent alumni on their way to exciting lives and careers all around the world. These same alumni have rallied in support of giving future students the same opportunity.

Jeff Kennedy, the UTS Director of Athletics, created a legacy of excellence in sport...

After immigrating to Canada from Shanghai in 2013, Tina Li and Hongjun Shou...